Backing the plan to protect a New Zealand icon

There’s no doubt that the kiwi is our most iconic native species, and a much-loved symbol of our national pride.  Yet its survival is in jeopardy and there’s a real possibility kiwi could be extinct in as little as 50 years.

At Crombie Lockwood we don't want to consider a future without them, so we formed a partnership with charitable trust Kiwis for kiwi to help reverse the current two percent annual decline that would see kiwi wiped out in our lifetime.

To save kiwi, intensive management of rats and stoats is needed and more kiwi need to be cared for when they are at their most vulnerable as eggs and young chicks. Our partnership is enabling that care to happen and last year saw the completion of the Crombie Lockwood Kiwi Burrow, a new state-of-the-art incubation, hatching and brooding facility. 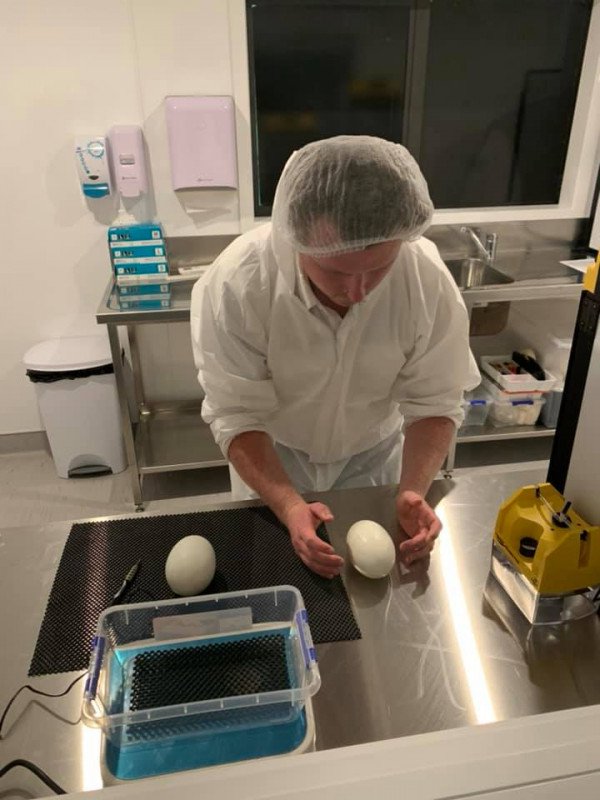 Kiwi eggs being checked at The Crombie Lockwood Kiwi Burrow

The Burrow, which sits within the grounds of the Wairakei International Golf Course near Taupo, is ringed by a predator-proof fencing system.

Only five percent of chicks hatched in the wild will survive stoat and other predator attacks to make it into adulthood.

By collecting kiwi eggs from the wild and caring for them at centres such as the Crombie Lockwood Kiwi Burrow while they hatch and through the first few crucial weeks of their lives, an individual kiwi’s chances of survival once released back into their natural habitat jumps from just five percent to 65 percent.

Kiwis for kiwi consider this a crucial part of their kiwi population restoration goals, potentially allowing conservationists to achieve in 10 years what might otherwise have taken 50 years to complete.
As Ross explains, there are other challenges to overcome besides the predator threat.

“Climate plays a natural part in how successful a breeding season may be. The 2019-2020 season was difficult, with low egg numbers and a number of kiwi abandoning their nests. We are assuming this was because of drought conditions; it’s nature’s reaction to the scarcity of food and water,” he says.

The kiwi breeding season typically runs from September through until April and despite the environmental challenges and the Crombie Lockwood Kiwi Burrow only becoming operational a month into that season in mid-October, the inaugural season saw 22 chicks successfully hatched and safely released.

The first kiwi chick hatched at the Burrow on November 1st, and was named in honour of renowned environmentalist and entrepreneur Sir Rob Fenwick. Sir Rob was the Chairman of Kiwis for kiwi for 10 years and served as Patron in the year prior to his passing in March 2020.

“Fenwick was the first, but over the years ahead we hope the Crombie Lockwood Kiwi Burrow will contribute significantly to helping restore the kiwi population throughout the North Island,” says Ross. 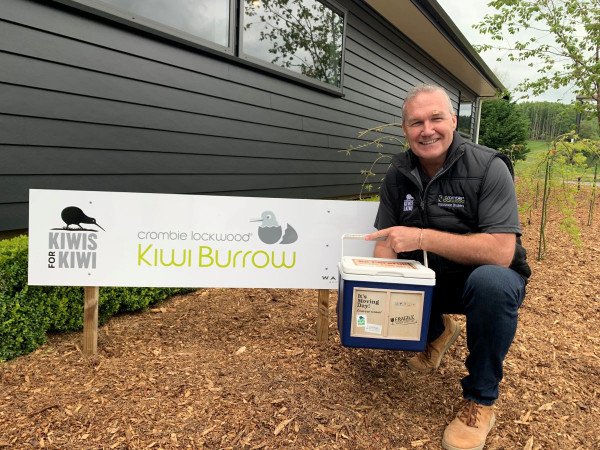 Covid-19 and your home and contents insurance

As part of our commitment to support kiwi survival, and our partnership with Kiwis for kiwi, our branches are volunteering to help trap predators.