Behind the construction of buildings like the new award-winning Hastings Central Police Station, the Hawke’s Bay Health and Sports Centre, and several high-end residential homes, MCL Construction Limited has long played a structural part in the region.

MCL Construction Limited is a well-known Hawke’s Bay business that take on a variety of construction, joinery and interior design work.

Boasting a lengthy history, which began in 1948 as JC Mackersey Ltd, MCL, as it is known today, also offers its clients specialist services such as concrete cutting and drilling, and also incorporates a joinery division which has served the needs of clients such as Craggy Range Winery and Huka Lodge.

Meanwhile, MCL Commercial Interiors launched in 2015 and offers everything from aluminium internal partitioning to suspended ceilings and seismic improvements to help service the full suite of client construction requirements.

“Currently on the books, we have engaged $75 million worth of work to do.”

Altogether, MCL employs around 100 people. While many have been there for over 30 years, its longest serving employee is Construction Programmer, John Caccioppoli, who is set to retire this year after an impressive 59 years with the company.

“We just completed the brand-new Hastings Central Police Station that had a build price of about $19 million,” John says. “We’re currently in the process of building a new packhouse, cool store facility and main office building for Rockit Global. That package combined is worth about $35 million.” 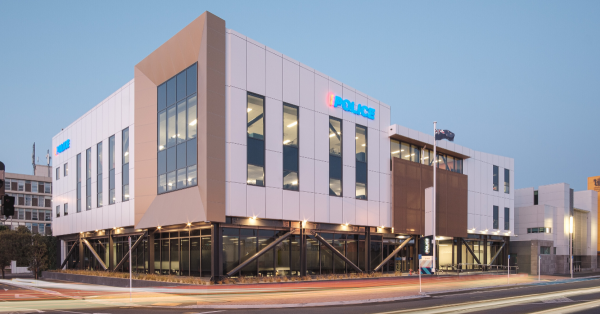 The new Hastings Central Police Station, with a build price of around $19Million has been named a winner in the Public Architecture category at the recent Gisborne-Hawke's Bay Architecture Awards.

In Napier, MCL has also engaged in work on leaky apartments for the last 14 months, completing remedial work to ensure the complex is watertight and fireproof. MCL are also the unsung heroes behind award-winning projects like The Blythe Performing Arts Centre for Iona College, which won the 2015 New Zealand Architecture Medal.

On the bespoke residential side, MCL has also been working on an elaborate, beach-side build north of Napier. Designed by the renowned Crosson Architects (the firm behind recent award-winning homes like ‘Light Box’ and the ‘DNA house’), this bespoke project has posed a few hurdles for the MCL team.

“The bottom storey of the house is constructed of in-situ concrete walls with a band sawn finish,” John explains. “There’s also an internal stairwell with curved walls, also made from in situ-concrete.”

Rising to eight metres in height in some instances and consisting of 300mm thick material, the specialised formwork of the spiral staircase unpredictably failed under hydraulic pressures.

“Upon pouring the curved area in one pour, the concrete got into a cavity and lifted the formwork up. This caused the concrete to spill out at the bottom,” John says. “The formwork let go right at the last minute; we only probably had about 75mm to go.”

“We had to stop, wash it out, and start again,” John says. “It was an unforeseen issue.”

To redo the four-and-a-half metre section took ten weeks. To avoid the risk of it failing a second time, MCL did it in two pours rather than a continuous one, which added a minimal cold joint.

“That would have to be the highest claim we’ve ever had to do,” John says. “Crombie Lockwood was fantastic though; they understood the complexity of the job we were doing.”

“For all our jobs we take out liability and construction insurance. We’ll never start a job unless we’ve got insurance cover.” 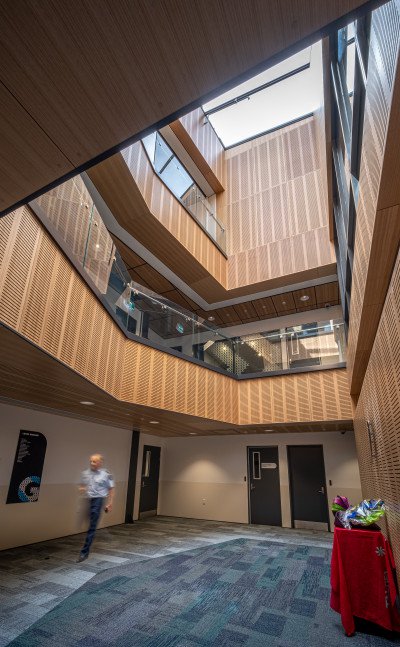 John says that the company only takes on residential jobs of this scale once every five years or so, because they are complex builds and arrangements: there are no handshake deals like there were decades ago when the company first started.

“Back in those days you got a set of plans and you went away and built it. That doesn’t happen today because people are pushing the boundaries with design; there are new products out there and your liability is a lot higher as a result.”

The construction industry is much like buying a Range Rover over a Toyota, according to John. They may both function the same, and get you from point A to point B, but you pay for what you get.

“Unfortunately, when times are tough, everyone is looking to the dollar,” John says. “If I was a client spending $5, $10, $15 or $20 million, I wouldn’t want to take the cheapest price on an investment with that dollar value. I’d rather be going for a quality builder who’s got a good background and you know is going to be around for a long time.”

And MCL is undoubtedly set to continue doing what they do best.